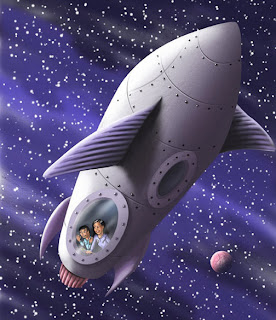 Which isn't to say that Interstellar Space is not a prime example of the symbiotic musical relationship Coltrane and Rashied Ali developed.

Saturn says it all, cool planet, cool song, or hot, depending on your perspective. Leo, which didn't even make it on the original, you figure they're making up as they go along, but you wouldn't know it from the way they jibe, which is as if they were dancers following a choreography. Check out Coltrane on the bells at about 7:50. Even there, it's a pair fully complimentary.
Posted by Mr. Greg at 12:05 AM