Now this is the guy I voted for and would dearly like to see more of.

WASHINGTON (AP) - After skirting the controversy for weeks, President Barack Obama is weighing in forcefully on the mosque near ground zero, saying a nation built on religious freedom must allow it.

"As a citizen, and as president, I believe that Muslims have the same right to practice their religion as everyone else in this country," Obama told an intently listening crowd gathered at the White House Friday evening to observe the Islamic holy month of Ramadan.

"That includes the right to build a place of worship and a community center on private property in lower Manhattan, in accordance with local laws and ordinances," he said. "This is America, and our commitment to religious freedom must be unshakable."
Posted by Mr. Greg at 9:39 AM No comments: 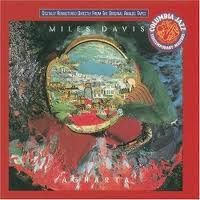 So I figure you like Miles in his electric period or you don't (and I do, as well as liking him during any other of his decisions to change music), but I think, if I were trying to turn someone onto it, I might suggest this.

Pete Cosey on guitar, bassist Michael Henderson, Al Foster on drums and Mtume generating percussion created a near-perfect soundscape for Miles' trumpet to interact with, recorded live, no less, in 1975 at what may be the last juncture that you can say he was at a height of his powers. Oh, he was very good later, but he kills here, as does the rest of the band, which you only have to listen to the fantastically diverse Interlude to get. Sonny Fortune on saxes and flute reinforces my belief that he's grossly underappreciated.
Posted by Mr. Greg at 10:43 PM No comments: 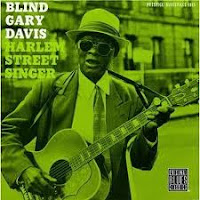 Samson and Delilah, which has meaning far beyond the face value of the words, its marvelous singing and mesmerizing guitar playing justifies the purchase even if the 11 other tracks were mediocre, as they're not.

Take, I Belong to the Band, which is about as impressive as Samson with more than a minute less to work everything out, or Pure Religion, essentially a 2-minute, 57-second avant-garde gospel and blues piece. I mean to say, Albert Ayler would get it from one end to the other. The song, the concept, the whole damn thing. Death Don't Have No Mercy in particular.
Posted by Mr. Greg at 8:57 PM No comments: