I am in love with Carminho...

…and this is why. Translation: Jesus, you sing fado that makes me hurt, smile, want to do whatever I can to make you feel better--all with no guitars or anything else supporting you. I mean, damn, girl, where's that come from?

The master on his Top 5 movie soundtracks. To hear Mr. Rollins live making this kind of material into something you've never heard before--and never will again--is the definition of bliss.

On record (or CD as the case may be), I never cease to be blown away when I hear him play Cabin In The Sky on Sonny Rollins +3, which also includes wonderful versions of I've Never Been In Love Before, They Say It's Wonderful and, another personal favorite, Mona Lisa.

Then there's A Nightingale Sang In Berkeley Square on This is What I Do.
Posted by Mr. Greg at 12:29 PM No comments:

A link between violent rhetoric and some propensity for inciting violence in the aggression prone as shown by one study, which is certainly fodder for more point-missing conversation.

The problem isn't that the violent rhetoric characterizing American political discussion of late "caused" the Arizona incident, nor that it is likely to be the cause when the next wingnut shoots a public official or blows up a government building, although it certainly doesn't make such occurrences less likely.

The problem is that it does nothing, I think it should be obvious, to encourage honest, rational discussion and collaboration on how to get folks back to work, educate kids effectively, repair a crumbling infrastructure, develop military hardware (as long as we're going to pay so much for it) that actually reflects the realities of the 21st Century, and a whole lot of other pretty important things.

If you're screaming, you're not talking. It isn't physically possible (and is psychologically unlikely).
Posted by Mr. Greg at 1:45 PM No comments:

"We may not be able to stop all evil in the world, but I know that how we treat one another is entirely up to us," Mr. Obama said. "I believe that for all our imperfections, we are full of decency and goodness, and that the forces that divide us are not as strong as those that unite us."

"There are those who claim political rhetoric is to blame for the despicable act of this deranged, apparently apolitical criminal. And they claim political debate has somehow gotten more heated just recently," Ms. Palin said. "But when was it less heated? Back in those calm days when political figures literally settled their differences with dueling pistols?"

A reasoned piece from Gail Collins in the New York Times about how the unjustifiable--constitutionally and morally--legal availability of almost any kind of firearm in the U.S., especially in states such as Arizona, plays into tragedies like the Giffords incident.

Key point: Loughner’s gun, a 9-millimeter Glock, is extremely easy to fire over and over, and it can carry a 30-bullet clip. It is “not suited for hunting or personal protection,” said Paul Helmke, the president of the Brady Campaign. “What it’s good for is killing and injuring a lot of people quickly.”

I would dearly like to see a more Paul Simon- and Dick Lugar-like approach to political discourse in this country, one focused on stating a case rationally without the need to demonize, let alone threaten with violent rhetoric, those who disagree.

But even more, I would like to see us come to grips with the reality that not everyone should be able to own a gun, just as not everyone is qualified to have a driver's license, and that some guns shouldn't be "street legal" and readily available at all, just as we don't allow even people with driver's licenses to tool down the highway in Indy 500 racers.
Posted by Mr. Greg at 9:28 AM No comments:

The shooting of Rep. Giffords

Measured responses I think are spot on from James Fallows in the Atlantic and from George Packer in The New Yorker. The violent rhetoric characterizing our current political climate--and let's face it, that rhetoric is almost exclusive to the right--encourages this sort of tragedy, even, and perhaps especially, in a case where the assassin may be so mentally ill as to be beyond coherent thinking about the politics of the victim(s).

Likewise, the ready availability of firearms, even to someone who is mentally ill, nationally and in states like Arizona in particular.

Alex Pareene on Salon may be a little less measured, but his case is well constructed and, I think, correct in its elemental point: if you make a bed with violent rhetoric (and insanely easy access to firearms) you can't expect that everyone will lie peacefully in it.

Additionally, some sensible words from Pima County Sheriff Clarence Dupnik and Peter King, a football writer, for gosh sakes (alebit it a good one).

Dupnik: "The anger, the hatred, the bigotry that goes on this country is getting to be outrageous. The vitriolic rhetoric that we hear day in and day out from people in the radio business and some people in the TV business (Editor's note: This is you, FOX!) ... This has not become the nice United States that most of us grew up in. It's not unusual for all public officials to get threats constantly, myself included. That's the sad thing about what's going on in America: Pretty soon we're not going to be able to find reasonable decent people willing to subject themselves to serve in public office."

King: "I'm not blaming guns, I'm not blaming the right or the left. Time will sort out all of the issues about why Jared Loughner apparently targeted Congresswoman Gabrielle Giffords for death. Whatever the reason for Loughner's actions, I don't know how we can continue to listen to the incredible public fury we hear in politics and the political media without it having serious consequences for society."
Posted by Mr. Greg at 10:53 AM No comments: 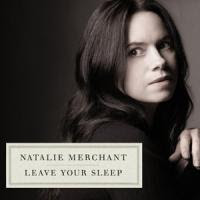 The U.S. wars in Iraq and Afghanistan are a war on terrorism. You believe that if you are like the blind man who touched the tail of an elephant and said it was clear that the elephant was like a rope. Which is why I love the parable of the Blind Men and the Elephant, and Natalie Merchant. WTF you say?

The story of the Blind Men and the Elephant is one, like Stone Soup and Edwin Markham's epigram Outwitted, I have carried with me, and tried to apply in my life, from my very early years. It is, in essence, about keeping an open mind and trying to look at the larger picture (it's about more than that, OK, but if you carry a lesson away from it, that would be a good one).

So what does Natalie Merchant have to do with this? Well, among the children's poems she renders in song on Leave Your Sleep is The Blind Men and the Elephant, which as good as it is as a parable is even better rendered in a voice that I find immeasurably more diverse in its employment and interesting than her 10,000 Maniacs Days, especially given the world-jazzy arrangement of it here and the stellar instrumentals in support (true of every song on both disks, both her singing and the vast cast on the axes behind her).

And that's the program, a bunch of classic children's verses many of us heard as kids that Natalie Merchant was reading to her daughter and sometimes, quite naturally in the case of Natalie Merchant, singing, which possessed her somewhere along the way to think the stuff could become something like Leave Your Sleep. The result is, to me, an incredibly impressive and marvelously diverse collection, from Bleezer's Ice-Cream, which could be a Beatle's tune, to The Dancing Bear, which I could see, with only some slight adjustment, Gogol Bordello doing. The Peppery Man sounds like it's right out of the Delta, The Adventures of Isabel right out the bayou and Topsy-turvey-World right out of Kingston. The show don't end there either, mon. Griselda makes me think Janis Joplin working with Barry Gordy. This stuff doesn't need to be sold, it sells itself.

I'd add that while some of it is just fun, a lot of those verses we, people my age anyway, heard as kids had, like The Blind Men and the Elephant, a point worth packing in your kit. Besides the music, you get a mini book with all the poems and bios and pictures of all the poets. Shipped off to the proverbial desert island, I'd take this with me. Instead, I might go to sleep listening to The Land of Nod tonight, and dream sweetly.
Posted by Mr. Greg at 8:46 PM 1 comment: 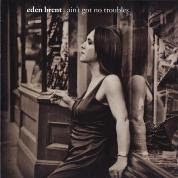 Delta gal whose singing makes me think combination of Bessie Smith, Billie Holiday and Janis Joplin, who plays a blues piano almost as tasty as Leroy Carr or Pinetop Perkins and who composed most of her program here. What's not to like? Nothing.

Her writing always feels like today but also feels like yesterday, meaning songs such as the Brent original Blues All Over make you think she's covering a blues classic, albeit with her own modern touches. I can just hear Bessie Smith, or Big Mama Thornton, doing In Love with Your Wallet. A lot of New Orleans jazzy spicing in this set, too. Let's Boogie-Woogie is a foot-stomping romp Albert Ammons and Pete Johnson would be down with.

Two Bedroom Apartment is the title song of her first professionally done CD, which I got two weeks ago and have listened to about every day since. First time through, I thought, well, that’s pretty good ukulele but I was doing other things and not really paying attention to the lyrics.

Now, having listened to the words and connected them to the music numerous times, I am struck by how a lot of these songs are fun and upbeat (or at least not somnolent), poignant and pointed at the same time (Two Bedroom Apartment and American Dream come to mind). In any event, the lyrics and instrumentals are so good you will probably want to listen to this a lot, which makes for a great value.

Danielle is all over YouTube and she maintains a nice blog that’s as smile-inducing as her music. I would like to see her in concert, which has to be a real hoot.
Posted by Mr. Greg at 10:13 AM No comments: