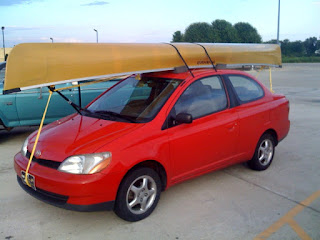 Some more text on teens texting

I think elements of this story are interesting (the number of texts kids send for one thing), but it commits one of the journalistic sins that most annoy me: lack of perspective.

People of all ages in this day and age face constant, ubiquitous communications and the pressure to respond to them. Is it more of a problem for teens, a theme this story is built around? I doubt it.

In fact, these two short sentences in the long piece make me wonder if any basis, other than speculation by reporters and editors, exists for the notion that teens texting is a problem at all, let alone more so than for adults.

"The rise in texting is too recent to have produced any conclusive data on health effects."

"Peter W. Johnson, an associate professor of environmental and occupational health sciences at the University of Washington, said it was too early to tell whether this kind of stress is damaging."

At least those brief qualifiers were included, although they hardly negate the overriding message of the story--teen texting, be afraid parents, school officials, lawmakers, et al, be very afraid.

Reminds me of the '50s comic book scare and any number of other historical bouts of youth problem mongering, from rock music to video games. I expect this kind of thing from People or USA Today. I'm sorry when it appears in the NYT.
Posted by Mr. Greg at 4:03 PM No comments:

Hey you kids, get off my lawn

Not sure I want to think about this too much, especially before going to sleep.

"Microbes that live in and on our bodies outnumber our own cells 10 to one." The top breeding ground, according to the researchers at the National Human Genome Research Institute in Bethesda, Maryland, who did the study?

No, not your stomach or intestinal tract. Not even your linty belly button.

Your forearms.
Posted by Mr. Greg at 2:21 PM No comments:

Back in the saddle...

... or the adjustable tractor seat anyway.

Back living in a river town for the first time in a quarter century, I'm buying my first canoe in that long as well. I had the folks at We-no-nah make me one of their solo Prisms in Kevlar and I am picking it up today after work. 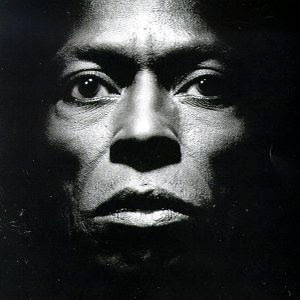 Should have said happy birthday to Miles yesterday and I find it interesting that Wallace Roney was born May 25 as well, albeit it in 1960 not 1926. Fate or what?

Today: Vibraphonist Lionel Hampton records Flying Home with a classic solo by tenor saxophonist Illinois Jacquet in 1942, which I'll be taking a listen to, for about the 100th time, this evening.
Posted by Mr. Greg at 2:38 PM No comments:

Confession: Pat Metheny and Kurt Rosenwinkel, both of whom I've enjoyed live, as well as John Abercrombie, don't really interest me very much with their recordings, although I recognize their excellence as guitarists. Which is why I'm a Bill Frisell guy, I guess. Trouble with Bill is, he gets pretty out there and sometimes it would be nice to listen to some jazz guitar that is more traditional in a Grant Green or Wes Montgomery vein and yet modern and consistently interesting.

Wright's Thinking Out Loud is that kind of session. The songs are diverse, with no one sounding quite like another, and his playing reminds me of Frisell without slipping over the edge, but more in the "feel" of it than in an imitative sense. He's definitely got his own sound. It has enough facets to it that I don't miss the presence of horns, as I do on occasion in jazz guitar trio sets. Bassist Mark Miller and drummer Marlon Patton also are big reasons why this set doesn't come off as hornless. They're as tricky as Wright and the three are seamless playing together. A nice find.
Posted by Mr. Greg at 3:13 PM No comments: 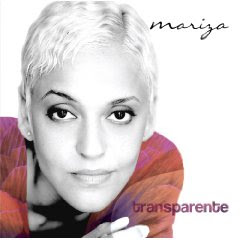 Mariza with (more) strings, particularly the bowed kind. Nonetheless, it is still very deep fado and her voice, as always, remains the commanding presence.

I am consistently amazed at the emotional effects of her singing, and the singing of fadistas in general, despite the fact that I know very little Portuguese.

This morning I had a thought. When I heard her this spring, Mariza was doing very well with her English. (She even did a boffo version of Crying during the concert, a fado for her American friends, as she put it). How I would love for someone to suggest to her a session of traditional American blues.
Posted by Mr. Greg at 8:23 AM 1 comment: