"The Tea Party movement is virtually all white. The Republicans haven’t had a single African-American in the Senate or the House since 2003 and have had only three in total since 1935."

From a Frank Rich op-ed in the NYT today with an interesting, and I think accurate, take on what's really at the root of the right-wing furor over a health care bill, whose prototype, he notes "is the health care legislation Mitt Romney signed into law in Massachusetts (that) contains what used to be considered Republican ideas (and) does not erect a huge New Deal-Great Society-style government program (but rather) delivers 32 million newly insured Americans to private insurers."
Posted by Mr. Greg at 2:20 PM No comments:

Every day I have the blues, unless I am listening to Elmore James sing Every Day I Have the Blues, or Sam Cooke singing Twisting the Night Away (and pretty much anything else), or Bob Marley and the Wailers doing No Woman No Cry, or Charles Mingus wishing Oh Lord Don't Let Them Drop that Atomic Bomb on Me (or anyone else).

Everything's going to be alright (not all right).
Posted by Mr. Greg at 8:48 PM No comments: 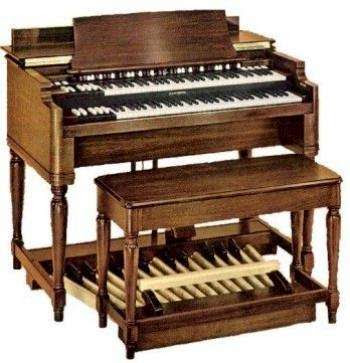 Ashleen absolves me of my sins.

Crosscut Saw explains why (kind of like the Sermon on the Mount).

The Hooker is my way home because, hey, no sin, cast the first stone, mofo, and if you're honest, you don't throw it, unlike, say, Glenn Beck.

The Preacher preaches and the B3 will set you free. But not too soon.
Posted by Mr. Greg at 1:43 AM No comments:

Amen to that brother

A party that promotes ignorance and provides a safe house for bigotry cannot serve the best interests of our country. Little teaser from this great op-ed by Bob Herbert in the NYT today.

Look, I respect your right to disagree with your elected officials and to voice your disagreement. That's democracy. But when you condone--and you do condone it if you don't condemn it--humiliating someone suffering from a debilitating disease, shouting racial slurs at a man (in fact, a hero) who was beaten and jailed in the process of making sure we all could vote, and broadcasting assassination threats against members of Congress and the president, you are morally decrepit.

Want the elected officials you disagree with gone? Fine. Vote, and build and distribute (anybody can do it in the Web 2.0 era) reasoned and reasonable arguments to get other people to vote with you.

In the process, I would respectfully suggest you keep in mind these words of advice from my grandmother: You catch more flies with honey than vinegar.
Posted by Mr. Greg at 9:33 AM No comments: 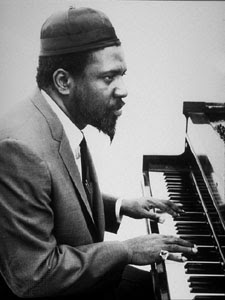 I was sitting at the bar in a Chicago jazz club one night and heard some guy opine that while Monk was a great composer, he couldn't play the piano: wrong, as this set so aptly shows.

Monk, in fact, was a masterful piano player who could play in any style (as Horowitz and many other pianistic big hitters recognized) and he was particularly good at stride, which underlies, and sometimes not very deeply, so much of what he does.

But he chose to play his way and there was a disciplined methodology behind his rendering of his own compositions and his transformation of standards, pop tunes and songs penned by other people generally.

And so to The Transformer, two CDs on which Monk, for one hour, seven minutes and eight seconds plays exactly one song, I'm Getting Sentimental Over You, while we get a what is to me a fascinating window into his process and a deeper understanding of his musical mind. On the first CD, from home tapes by his wife Nellie, we hear him learning the song (rather quickly, I would add), transposing its key to his preferred E flat and getting a feel for its structure and the tempo he will use. By the fourth track he has it dripping in stride and has begun to improvise on it; then on, over, under and around it in the 28-minute fifth take and the 18-minute sixth.

The sound is quite good and the practice takes are followed by three live performance recordings of Monk's quartet ranging from seven to 12 minutes and offering different perspectives on the finished product. What amazes me, and it probably shouldn't, is just how incredible Monk was even when practicing. I say it probably shouldn't amaze me because what he produced obviously didn't happen by magic. It took a lot of work leading to a lot of finely developed skill.

As an aside, if you want to understand Monk's music and his life, you probably can't do better now than Robin D.G. Kelley's recent Thelonious Monk: The Life and Times of an American Original, which hipped me to The Transformer. The book is an exhaustively researched biography and a great read.
Posted by Mr. Greg at 2:57 PM No comments: 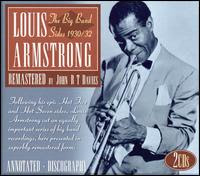 The Hot Fives and Hot Sevens, 1925-29, are classics, yes, but JSP's Louis Armstrong: The Big Band Sides 1930/32 is filled with great music and primo Pops, both singing and playing that horn. Shine is a classic itself in the case of the latter to the point of almost being scary, especially if you think what it's doing to his lip.

He recasts another classic, Tiger Rag, and puts his stamp on a classic that wasn't one yet, Body and Soul (which won't be classical until Coleman Hawkins and Billie Holiday come along). There is incredible sadness in the way he sings Just A Gigolo and the words he deploys improvisationally, but he won't leave you in the dark and his zippy trumpet solo lights the way out.

Also includes an early version of When It's Sleepy Time Down South, destined to become his performance closer, not to mention some early solos on an unusual instrument for jazz (at that time) called the vibraphone by a guy named Lionel Hampton. Two great CDs at a great price.
Posted by Mr. Greg at 5:51 AM No comments:

From a guy who really, really needs access to health care

"One of the things I love most about Japan is the public health care system. When I feel bad, I can go to the doctor without going bankrupt or worrying that my insurance company's going to drop me."

A comment, which highly amused me, by Jake Adelstein, a Jewish kid from Missouri who ended up as an investigative reporter in Japan covering the yakuza, the Japanese mob, at considerable potential threat to his health, not to mention his life.

Health care reform debate aside, Boing Boing has an interesting interview with him.
Posted by Mr. Greg at 11:40 AM No comments: 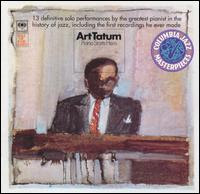 Hey, I'll admit it, Tatum O'Neal and Jodie Foster have always turned me on.

But never as much as Art Tatum playing Humoresque, Piano Starts Here.

Or Paul Gonsalves in chorus after chorus on the Complete Ellington At Newport 1956.

Which is Fair & Square if I'm not Crazy as a Loon (in the CD title and words of my man John Prine).
Posted by Mr. Greg at 8:37 PM No comments:

Stuff you need to hear 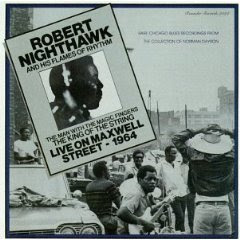 I was live on Maxwell Street once. Not in 1964. I had a great pastrami on rye, though, heard some good blues and thought about buying some slightly used hubcaps. Didn't.

Also, They Called her Easy, Harry Chapin, Short Stories. I've always been kind of easy and partial to short stories, apologies for that hundred-inch train thing I wrote once.

And Sonny Rollins Isn't She Lovely (yeah, that one), Easy Living.
Posted by Mr. Greg at 8:05 PM No comments:

The sassy sprint through All of Me is as good an example as any. A couple exceptions might be Fine and Mellow and God Bless the Child and even her renditions of said are hardly imitative. I think it is just that Billie Holiday so "owned" those songs it must be hard to do them now without a little of her creeping in. James Carter does some magnificent sax work on both tunes and throughout this CD (also bass clarinet and alto flute), which I bought in large part because of the backing combo Bridgewater assembled for it with Carter, Edsel Gomez on piano (and arranging), Christian McBride on bass and Lewis Nash on drums. Talk about a super group.

The version of Strange Fruit is fresh, dramatic and nearly as gripping as Billie Holiday singing it. Full CD title: Eleanora Fagan (1915-1959) To Billie with Love from Dee Dee Bridgewater. You feel that love, too.
Posted by Mr. Greg at 7:07 AM No comments:

Anthology with all the good stuff through The Missing Years in 1991, including classics like Illegal Smile and That's The Way That the World Goes 'Round (informally known as Half an Echilada) and some things I haven't heard him go back to lately but miss, The Late John Garfield Blues comes to mind and Come Back to Us Barbara Lewis Hare Krishna Beauregard. I'd forgotten Saddle in the Rain, an ill-advised pairing of Mr. John with a disco beat in back of him, which somehow works nonetheless.

Occurs to me that with John Prine, as with Harry Chapin or, for that matter, Louis Armstrong, it isn't how great his voice is but how he deploys what he's got and on what. In the matter of the latter, the choices on this 2-CD set are impeccable.
Posted by Mr. Greg at 7:08 AM No comments: