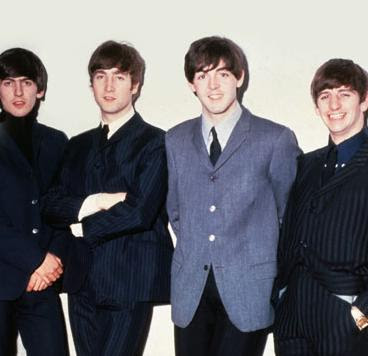 OK, these Beatles guys I discovered are just playing with me on Let It Be, their new CD. I mean, I Me Mine is a frigging hard rockin' tune but it has, like, this orchestra floating behind it. What the heck is that about?

Then you get this kind of bizzarre musical ditty and word play followed by the title track, a song clearly intended for a church choir on the one hand with some kick-tail wailing guitars on the other and lyrics, in either context, just dripping with meaning. Lucille Bogan would have no problem with Maggie Mae, although I'm relatively sure she wouldn't apply a Liverpudlian accent to it. Chuck Berry would dig One After 909. I can see Sinatra, or Billie Holiday, making hay with The Long and Winding Road.

The thing that worries me is that I don't know where these guys go from here. I mean, they can never get back to where they were earlier in their collective career and why would they? Like Miles Davis, only in a pop context, they're musical seekers and I'm inclined to think they're probably at the point where the next logical step is to start seeking beyond the context of the group. Which is kind of blue for you and me.
Posted by Mr. Greg at 6:03 PM