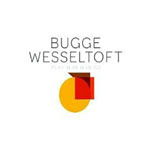 Highlight: Take 5 stripped down to its blues, that's right, blues, roots, which is interesting because Bugge sticks pretty much to piano, with some well-placed drum machine licks and a few other electronic flourishes later in the piece. Interesting because this CD is largely about Bugge doing it all, à la Keith Jarrett, in a solo piano outing but mixing in (post-production, I assume) the computerized effects he's known for incorporating into his "new conception" of jazz, his vocal manipulation on Singing a prime example.

Then again, Talking to Myself (Part One and Part Two) are about as pure a solo piano ballad à la Jarrett as you can get, offset after by effects-oriented Rytme and Hands, the latter possessed of a decidedly bluesy cast. Jimmy Cliff's Many Rivers to Cross he turns into a peaceful, piano-only gospel tune. A gem of a CD.
Posted by Mr. Greg at 11:00 PM